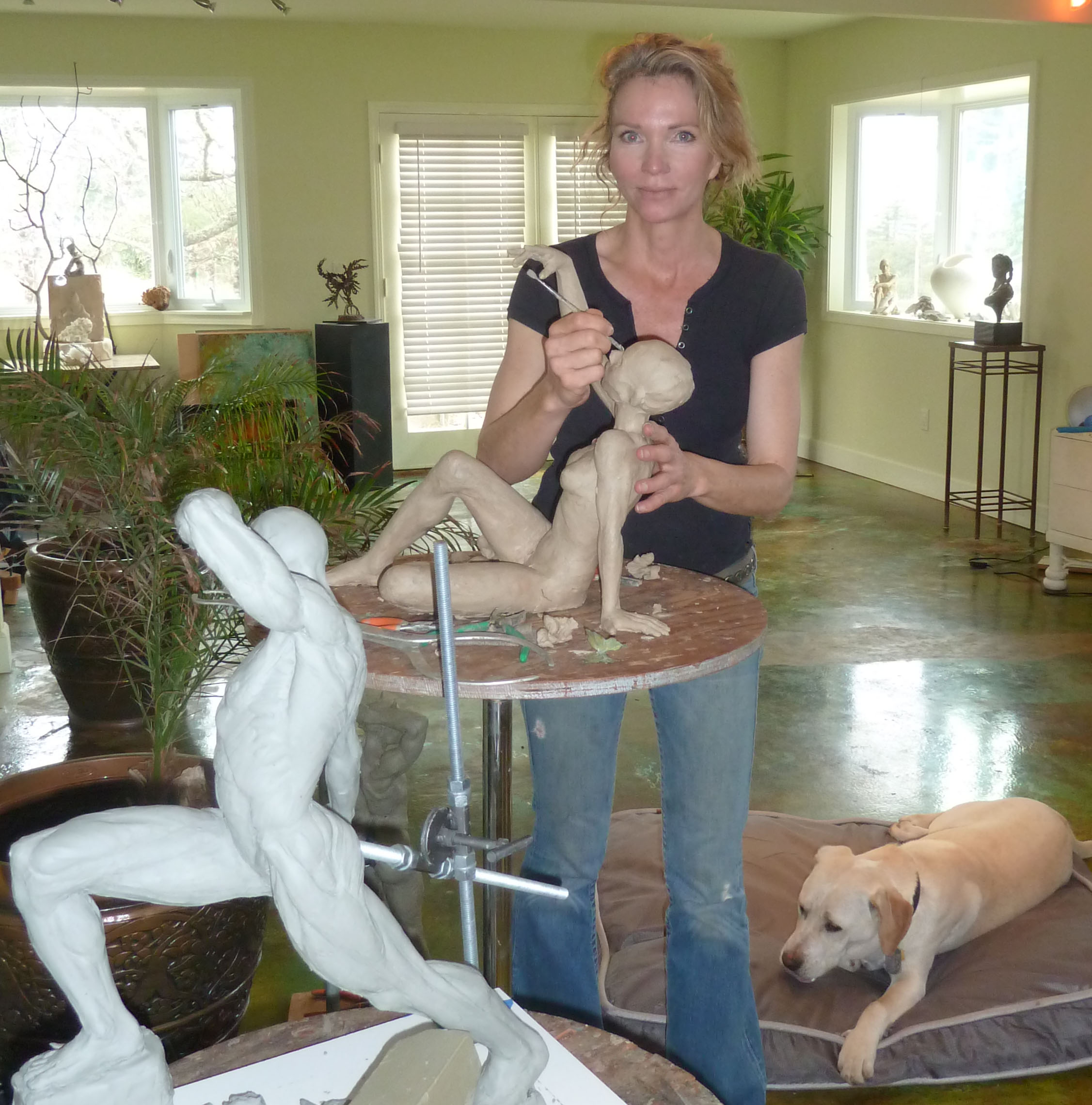 Alanna Roth is a multi faceted artist creating both private and public commissioned work as well as one of a kind and limited edition gallery work.  The inspiration behind her work is drawn from the spiritual and emotive essence of the human condition as well as from the myriad of biological and geological forms shaped by the forces of nature over time. She creates her pieces with the intention of drawing viewers into the story behind the form; as narratives not merely objects. Her art has been publically and privately commissioned as well as being included in numerous national and international gallery exhibits.

Alanna’s fascination with the natural sciences led her to obtain her undergraduate degree in pre med biology with the intention of continuing on to medical school.  The plan to go to medical school after graduating changed when she decided to take a ceramic sculpture class to fill an elective required for graduation.  Once she discovered clay there was no turning back.

Shortly after graduating, Alanna moved from Los Angeles to Sonoma County, set up a studio and went to work as a full time artist. For the first 10 years of her career she produced  a successful line of large one of a kind sculptural clay vessels which were burnished and pit fired or raku fired.   The years of reproducing the successful styles began to cause her to feel restless. This restlessness led her to move to the next level in her career, that of figurative bronze.

The death of a neighbor and close friend of the family (who had come to America from Italy just prior to WW1) inspired her to create her first figurative sculpture as a memorial to him.  The sculpture "Ottimino-Roots of Peace" was later cast in bronze and  presented to Kofi Annan (then secretary general of the United Nations) in 2000 to represent the Roots of Peace organization that removes landmines out of war torn third world countries and returns the land to the farmers. From the year 2000 to 2012 Alanna Focused on figurative bronze work and completed many private and public commission in bronze.

In addition to her many years of self study through hands on studio work, Alanna travelled to Italy to study figurative sculpture and classical art at the International School of Art in Umbria and continued her studies in figurative sculpture with master sculptors, John Coleman, Lincoln Fox, Eugene Daub, Cristina Mukulasek , Don Gale and anatomist Andrew Cawrse.

In 2014 Alanna made the difficult choice to opt out of outside galleries (due to the fact that they were not open to showing more than one style and medium from the same artist) and to open her own gallery.   From then on she has devoted her time  to creating  a body of work that reflects her varied interests.

Her work is now available exclusively through the gallery/boutique winery tasting room that she and her husband Brad Alper opened in August of 2016 www.squarepegwinery.com. In addition to her gallery work she continues to create select commissioned works.